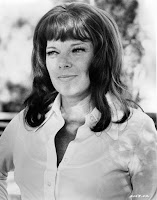 Jacqueline Scott, a frequent guest star on American television from the Fifties to the Naughts, who played Richard Kimble's sister Donna on The Fugitive, died on July 23 2020 at the age of 89.  The cause was lung cancer.
Jacqueline Scott was born on June 25 1931 in Sikeston, Missouri. Because her father worked for the State of Missouri, her family moved frequently before finally settling down in Neosho, Missouri. Miss Scott took to performing while very young. She won a tap dancing contest when she was three years old. When she was five years old she performed with a travelling tent show. As a child she attended movies frequently. Her first professional work on stage occurred when she was 17 years old in St. Louis. There she worked for a local theatre company before she moved to New York City to pursue acting there.

Jacqueline Scott made her debut on Broadway in 1955 in The Wooden Dish. She made her television debut in an episode of Armstrong Circle Theatre in 1956. That same year she appeared in an episode of Omnibus.  In 1957 she appeared on Broadway in Inherit the Wind. In 1958 she made her film debut in the William Castle movie Macabre. In the late Fifties she appeared on such TV shows as Robert Montgomery Presents; The Kaiser Aluminum Hour; Mike Hammer; The Loretta Young Show; Matinee Theatre; State Trooper; Steve Canyon; 77 Sunset Strip; Perry Mason; Zane Grey Theatre; Schlitz Playhouse of Stars; Bat Masterson; Have Gun--Will Travel, Richard Diamond, Private Detective; Goodyear Theatre; Gunsmoke; and U.S. Marshal.

In the Sixties Jacqueline Scott appeared on the TV show The Fugitive as title character Richard Kimble's sister Donna. She guest starred on such shows as Dante, The Life and Legend of Wyatt Earp, The Detectives, Route 66, Alcoa Premiere, Bonanza, Gunsmoke, The Virginian, Have Gun--Will Travel, Ben Casey, The Twilight Zone, Laramie, The Alfred Hitchcock Hour, The Outer Limits, Run for Your Life, Lassie, Insight, The Guns of Will Sonnett, Judd for the Defense, Mission: Impossible and The Immortal. Miss Scott appeared in the movies House of Women (1962), Firecreek (1968), and Death of a Gunfighter (1969).

In the Seventies Jacqueline Scott appeared on such TV shows as The New Dick Van Dyke Show, Gunsmoke; Cannon; Insight; Owen Marshal, Counsellor at Law; The Rookies; Ironside; The F.B.I.; The Streets of San Francisco; Medical Center; Planet of the Apes; Marcus Welby, M.D.; Starsky and Hutch; The Wonderful World of Disney; Barnaby Jones; CHiPs; Police Woman; How the West Was Won; and Salvage 1. Miss Scott also appeared in the famous TV movie Duel. She appeared in the movies Charley Varrick (1973), Empire of the Ants (1977), and Telefon (1977).

Jacqueline Scott was an enormous talent. In her career she played everything from a saloon girl to a nun. It was because she could play nearly anything that she was a favourite of television director Leo Penn, who directed many of the TV shows in which she appeared. She told Rick Armstrong of the blog Classic Film & TV Café, "Once I'd be the good girl and once I'd be the bad girl. … One director, Leo Penn — who is Sean Penn's father — would call me for anything. We had worked together when we were kids in New York, and he was fabulous." Jacqueline Scott was very much a chameleon and played a wide variety of roles throughout her career. She was, quite simply, one of the best character actors to work in television in the late 20th Century. 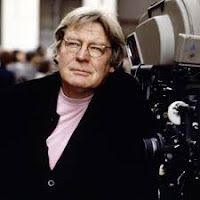 Sir Alan Parker, who directed such movies as Midnight Express (1978), Fame (1980), and Pink Floyd: The Wall (1982), died July 31 2020 at the age of 76 following a lengthy illness.
Alan Parker was born on February 14 1944 in Islington, London. He left school when he was 18 to pursue a career in advertising. He worked as a copywriter at various agencies, including Collett Dickenson Pearce in London. By 1968 he had moved to being a copywriter to directing television commercials. In 1970 Mr. Parker founded Alan Parker Film Co., a company that created commercials for various companies. His first screenplay was for the movie Melody in 1971. In 1975 he directed the BBC television movie The Evacuees, which won a BAFTA Award. The following year he directed another TV movie, No Hard Feelings.

It was that same year that Alan Parker made his feature film directorial debut with Bugsy Malone (1976). The spoof of gangster movies was also written by Mr. Parker and starred an all-child cast. Although it did poorly at the box office, it has since become a cult film. Alan Parker followed Bugsy Malone with Midnight Express (1978). The film received positive notices and did well at the box office. It was also nominated for several Academy Awards and won the Oscar for Best Screenplay Based on Material from Another Medium. He ended the Seventies with the highly successful film Fame (1980).

The Eighties would see the release of Pink Floyd: The Wall (1982). Based on Pink Floyd's 1979 concept album The Wall, the film had modest success at the box office. It has since become a cult film. It was during the decade that he also directed Mississippi Burning (1988). The film received mixed reviews and and been criticised for its fictionalizing historical events. Regardless, it was nominated for several Academy Awards and won the Oscar for Best Cinematography. In the Eighties Alan Parker also directed the movies Shoot the Moon (1982), Birdy (1984), Angel Heart (1987), and Come See the Paradise (1990).

Alan Parker opened the decade of the Nineties with The Commitments (1991), which won the BAFTA Awards for Best Film, Best Direction, Best Adapted Screenplay, and Best Editing. It also did modestly well at the box office and has since become a cult film. In the Nineties Alan Parker also directed The Road to Wellsville (1994), Evita (1996), and Angela's Ashes (1999). His last film was The Life of David Gale (2003).

As a director Alan Parker's output was certainly diverse. He directed everything from musicals to psychological horror movies to comedies to thrillers. A recurring theme in his movies was music, which played a big role in Bugsy Malone, Fame, Pink Floyd: The Wall, The Commitments, and Evita. Alan Parker was also not afraid to push the envelope creatively. Pink Floyd: The Wall contained a good deal of surreal, often disturbing imagery, including animated sequences. Angel Heart proved controversial for its sexual content. Not only was Alan Parker capable of directing movies in a diverse array of genres, but most of his movies were of a high quality. While Alan Parker did direct his share of bad movies, they are few and far between. He certainly directed several films that continued to be enjoyed to this day.
Terence Towles Canote at 6:14 PM
Share